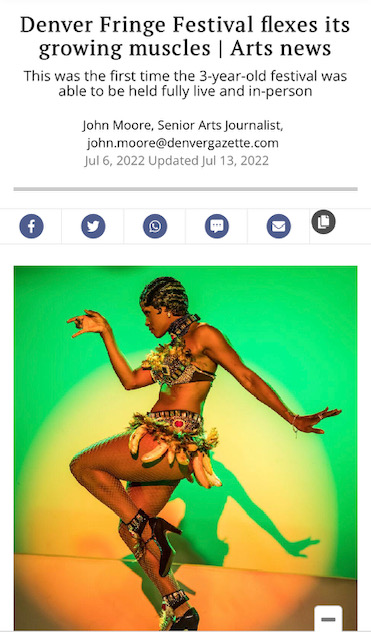 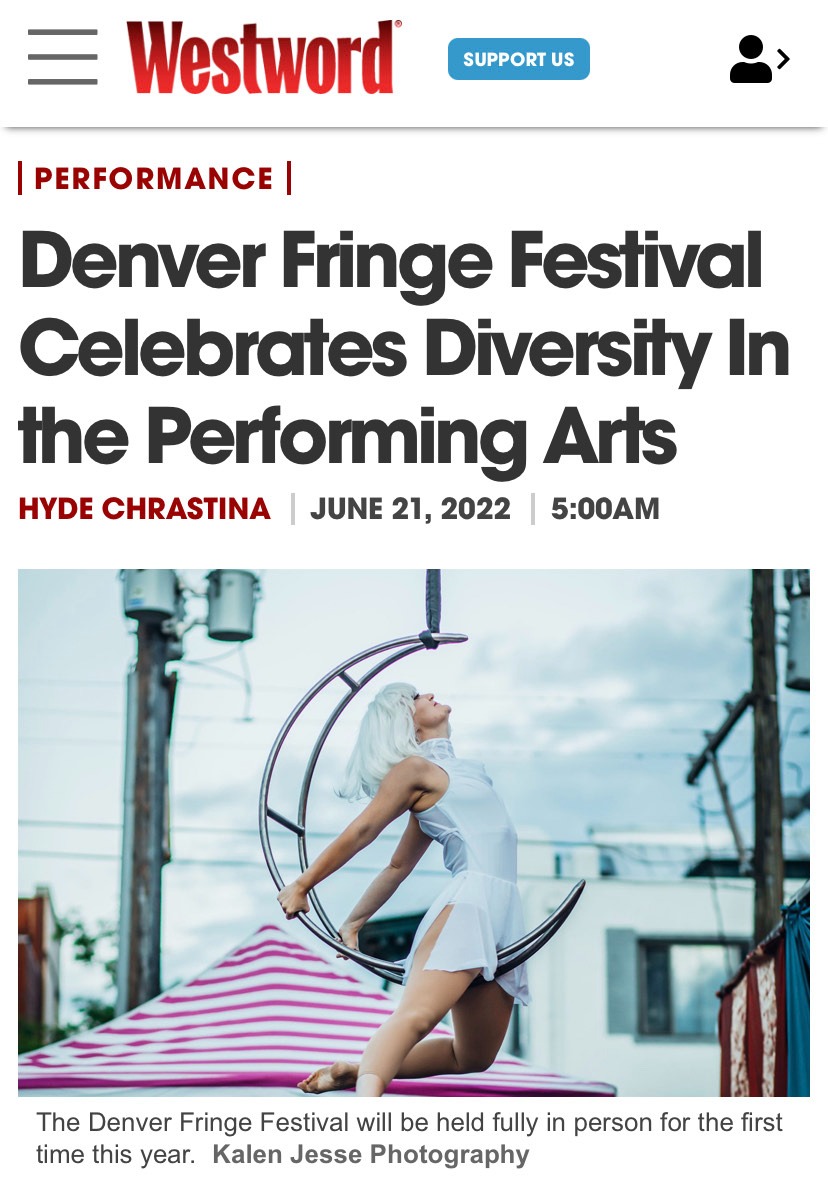 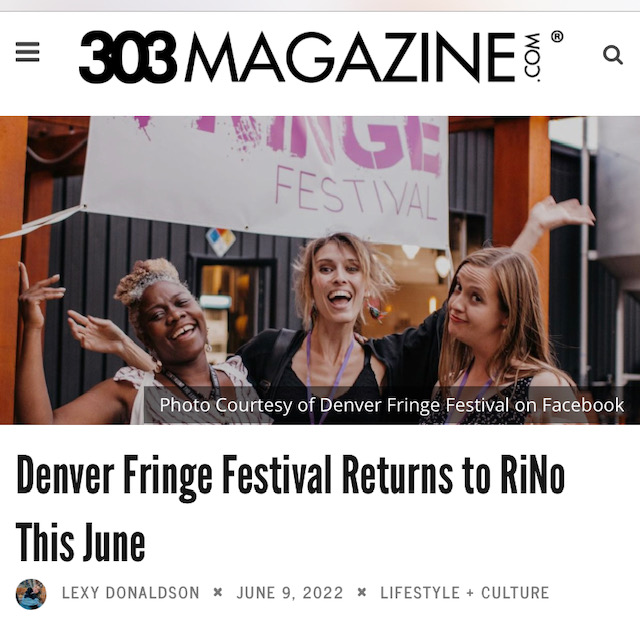 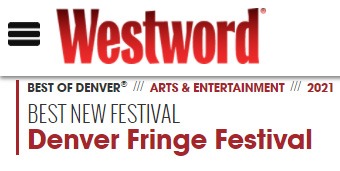 Westword, June 2021: Take a Walk on the Wild Side at the Denver Fringe Festival

"This year, the Denver Fringe Festival is going hybrid, with live performances at indoor and outdoor venues in Five Points and throughout the RiNo Art District as well as livestreaming and pre-recorded shows from local and out-of-state artists."

Denverite, April 2021: Denver Fringe Festival will take over part of RiNo this June

“Ann Sabbah knew when she attended the Edinburgh Festival Fringe in 2017 that such an event belonged in Denver ... Denver, she thought, is brimming with talent and artistic innovation. It has one of the highest arts participation rates per capita of any city in the country. This has to happen in Denver, she thought. And I’m going to make it happen.”

“After years of talk and all manner of splintering organizing efforts, not even the COVID shutdown could stop Founding Producer Ann Sabbah from fulfilling her mission to launch the Denver Fringe Festival, which took place online from June 25-28. The lineup included theater performances, solo performances, stand-up comedy, improv, circus arts, magic, choose-your-own adventures and more. More than 500 tickets were sold to viewers in 30 states, said Sabbah, sister of late Denver playwright Jeff Carey. About 50 percent of the artists were local to Colorado.”

“Visual artist Ann Sabbah and business consultant Nancy Larned share a deep love for Denver and Colorado as third-generation natives, with a specific focus on the arts community and an eye toward live performance. Looking for a niche to fill in our town, they zeroed in on fringe theater, the unvetted, indie arm of performance, where creativity runs wild and anything goes on a small-scale stage: monologues, one-acts, comedy shticks and other indescribable work. The result is the first annual Denver Fringe Festival, which turned to a virtual format in the time of COVID-19 and begins streaming on June 25.”

“Kahlil Ashanti packs a lot into his 60-minute one-man show Basic Training, now streaming as part of the Denver Fringe Festival. Equal parts standup, bildungsroman and character exploration, it’s the perfect kind of live show for an online audience. While more complex stage shows don’t fare well with just one or two cameras to record them, a one-man show is easy to film, and with a performance of this caliber, the format becomes less and less important as the story unravels.”

“In the one-man show, Multitudes, featured in the inaugural season of the Denver Fringe Festival, Kim and Valerie Nuzzo have created a compelling and timely story that keeps you enthralled despite using some of the archaic language and syntax of Whitman’s late 1900’s era.”

OnStage Colorado, June 2020: Get Your ZOOM On With Live Comedy Fix

“Who couldn’t use some respite from the seemingly endless grind of quarantine interspersed with screaming bad-news headlines? A good dose of laughter is the therapy we all need. And the remedy offered by the creators of Denver’s inaugural Fringe Festival is an easy pill to take – although you might find yourself groaning and rolling your eyes a bit as it goes down.”

Denver Fringe offers shows and workshops for kids at the KidsFringe — June 17, 2021