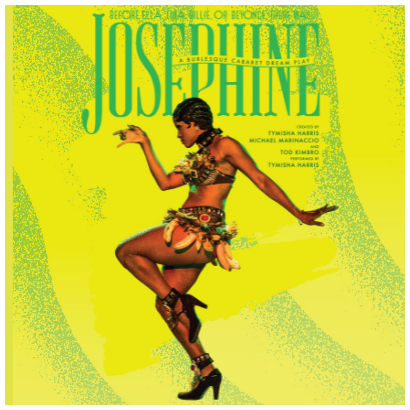 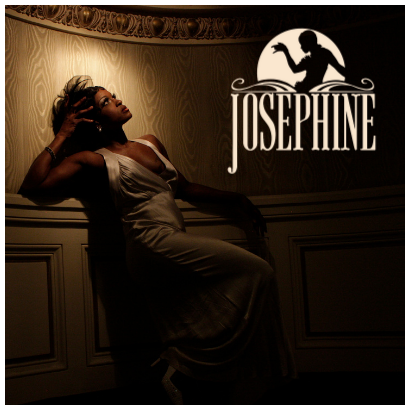 Josephine is an award-winning off-Broadway one-woman musical starring Tymisha Harris that combines cabaret, theatre and dance to tell the story of the iconic Josephine Baker, the first African-American international superstar and one of the most remarkable figures of the 20th Century.

In addition to winning 10 Best of Fest and a dozen Outstanding Performance Awards at performing arts festivals across 3 continents, Tymisha Harris was nominated for Best Solo Performance at the 2018 Vivian Robinson Awards for her off-Broadway run of Josephine at Soho Playhouse.

"You’ve heard of a triple threat? Add another dozen skills and you have Tymisha Harris."
★★★★★ -Broadway Baby

"(Harris') every move captivates, her vocals are rich and varied, and her storytelling enthralls.."
-Broadway World Australia

Absolutely stellar! Tymisha and Michael have crafted a wonderful piece of theatre. Ms. Harris is a force of nature on stage. This is an excellent example of what top-notch indie theatre can be. Very recommended.
Brad 06/24/2022, 22:29
Josephine is a lesson in history and civil rights wrapped up in cabaret, class and sultry singing. Tymisha Harris in the title role is seductive and shifts smoothly from laughter to tears and back again. Time will fly and you'll want to tell your friends to get tix before they are all snapped up.
Peter W 06/21/2022, 21:47
The show is fabulous, pure and simple. A riveting story, lovingly told through spoken word, dance, music. A mélange of sexy, hilarious, inspiring and beautiful.
Brendan 06/21/2022, 21:38
The best live performance I have seen in at least five, maybe ten years!
I just had the privilege of taking in this show not once but twice this past week, and I shed tears of joy both times.
I’d see it again tonight if Tymisha Harris was still in town!
Stirring vocals, effortlessly hilarious banter with the crowd, and perhaps the most captivating grace I’ve ever witnessed from a dancer.
She had the audience in the palm of her hand from the opening moments, and this tour-de-force performance running through the decades of Josephine Baker’s frankly unbelievable life and career is as much a spiritual experience as it is a peerless feat of entertainment.
I don’t usually overhype shows to friends, for fear of disappointing, but there is literally zero risk here.
They sold out the entire run here in Montreal, and people were still showing up hours before the final show, just hoping for a chance at a last-minute seat.
Please, give yourself the gift of Josephine- the play!
(And bring a friend, they’ll thank you later.)

Entrance: The main doors are on the southeast side of the building

Parking: Parking is allowed in the Safeway parking lot across the street

Accessibility: ADA access at the west doors of the building, elevator to the theater level, six (6) ground level seats with access to bathrooms.